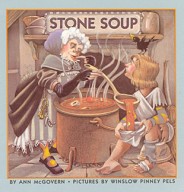 When a hungry young man is refused a meal from a greedy old woman, he asks her for a stone. “I can make soup from a stone,” he says. “Soup from a stone,” cried the old woman “Fancy that!” McGovern’s version of this classic folktale has been in print since 1965 and sold millions of copies! Illustrated by Winslow Penney Pels. Ages 3-8

Peter complains that his house is too noisy, so the wise man advises him to get animals who moo, hee-haw, cluck and baa. How he solves his problem will amaze you. This book has been delighting young readers for over 40 years! Illustrated by Caldecott Medalist, Simms Taback. Ages 2-7

“This is a funny book – a very funny book.” Publishers Weekly 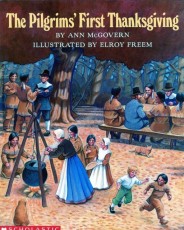 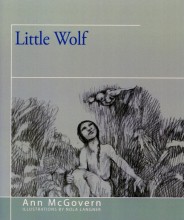 Little Wolf is an Indian boy who will not hunt and shames his father. He brings home injured animals and birds and makes them well again. When the chief’s son falls ill, Little Wolf becomes a hero in a surprising way. Illustrated by Nola Langner. Ages 4-7

Selected by The American Humane Association as a Recommended Book. 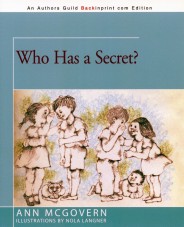 WHO HAS A SECRET?

There is nothing more pleasing than discovering a secret. This book reveals some of the very best secrets in such a way that the youngest child can share their mystery. Illustrated by Nola Langner. Ages 3-5

“Fine for the youngest reader.” The New York Times 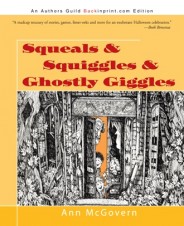 Young hobgoblins will squiggle and giggle at this madcap treasury of spooky poems, tricks, games, stories, and limer-eeks.  Stage a scary treasure hunt, tell your friends to “Feel the Corpse” – but don’t tell them what the grisly parts really are. Shiver at chilling stories, like The Velvet Ribbon. Fill in the rhymes in “The Terrible Talky Not-Quite.” Put on a “Dr. Diabolical” skit and you’ll split your sides laughing.  For Halloween and all year long.   Illustrated by Jeffrey Higgenbottom. Ages 6-12

“My friends and I LOVE the story of The Velvet Ribbon. I know it by heart. ” Mary K, Santa Fe, NM 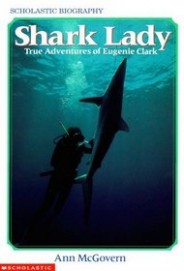 Eugenie Clark, a famous scientist, teacher, writer and scuba diver, has explored the underwater world of many seas and goes out of her way to find sharks. Her many adventures include diving into caves in Mexico to study “sleeping sharks,” discovering a fish that keeps sharks away, and proving that sharks have intelligence and good memory. Illustrated by Ruth Chew. Ages 6-12

“McGovern emphasizes the excitement and importance of Eugenie Clark’s study of sharks. It also stresses the idea that her fascinating work grew out of a childhood interest.  Enormous appeal for children.” School Library Journal 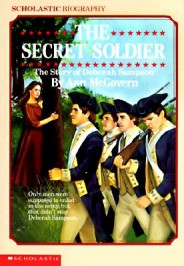 THE SECRET SOLDIER: THE STORY OF DEBORAH SAMPSON

During the American Revolutionary War, when Deborah Sampson was 18 years old, most girls her age were getting married. But Deborah wanted to have adventures – and so she joined the Continental army, disguised as a man! An amazing, true story. Illustrated by Harold Goodwin. Ages 6-12

“History and biography are carefully integrated. Readers follow Deborah from childhood to young adulthood, paralleling the young nation’s fight for freedom with Deborah’s own desire for independence and selfhood.”  School Library Journal

“How she keeps her secret, how she wins the admiration of others, makes for exciting and suspenseful reading.” Journal of the New England Reading Association. 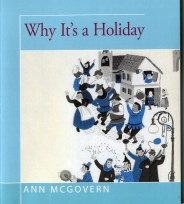 WHY IT’S A HOLIDAY

What does New Year’s Day have to do with a Roman god?  Why do we celebrate work by not working! What kind of spirits lived in Christmas holly? What do rabbits and eggs have to do with Easter? What holiday is the Jewish Thanksgiving? What did wolves have to do with Valentine’s Day?  Why do you dress up in costumes on Halloween? Ann’s first published book is available again.

“Children will find little-known gems about the holidays they celebrate. A great addition to libraries.”  Chicago Tribune 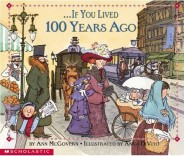 Imagine a time without computers and cell phones! 100 years ago, many children worked in factories and at home. They made clothing, artificial flowers, cigars, twine and boxes.  They made envelopes and were paid 3 and 1/2 cents per thousand! Here are fascinating questions and answers about life 100 years ago. Illustrated by Anna DiVito. Ages 5-12